By Alternative to Meds Center

Thanks to the legendary works of Plato, et al, we are still be able to appreciate the innate power in music to evoke profound emotion, instill meaning, and even tame the mind’s chaos, disorder, discontent, and anxiety. Music has a wealth of ancient wisdom and lore connected to it, going all the way back to before the teachings of Socrates, Pythagoros, to the ancient civilizations predating the written word.

There was a time when free-thinkers did not view music as a merchant’s tool to sell donkey carts, or baskets of figs or jewelry. Music was sacredly determined to hold a very precise, almost mathematical role in attaining perfection of harmony in life and in the affairs of society. One can envision orderly, calm, insightful discussions, perhaps not so common today with our modern workplace stresses, social frictions, and even ordinary dinner table conversation, or lack thereof. Picture, if only for a moment, a gathering of those ancient philosophers, or shamanic healers, standing in fragrant lush gardens and forests, the air filled with birdsong, and the gentle trickle of a nearby fountain, perhaps a harp or a pan pipe whistling in the gentle breeze.

Ahhhh….the mere contemplation of experiencing such pure sonic serenity seems like such a clean, simple idea. So simple that we came to overlook it, in time, as therapeutically valid? Not entirely!

As the cloak of the dark ages began to lift, it was largely women of deep compassion and piety who took on the role of healers. Many women developed nursing services to provide care to war-torn areas such as Spain, Africa, and France. Overcoming some of the age’s propensity to cruel and harsh methods, many of these women applied gentler remedies such as herbal based and nutrition based treatments. One of these humble places of care established by women in France went on to become one of the world’s most renowned hospitals of the modern day, the “Hotel-Dieu”. Even in those early medieval times of strife and suffering, these women had the courage to shine their healing light upon as many as they could, despite any resistance or obstacles they encountered. These brave women were searching for and using healing techniques that were less harsh than blood-letting, or other tortuous treatments that came to be rejected over time. 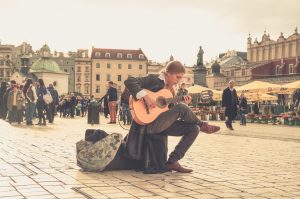 By the mid 1800’s, musical groups and choirs were brought into London hospitals, and positive results with deeply melancholic patients were noted by the nurses and doctors present. Eventually, the use of music therapy spread to the US when in 1903, the National Society of Musical Therapy was founded by Eva Augusta Vescelius. (2)

Did you know that therapeutic use of music for depression and trauma release saw a renaissance during and after the horrors of WWII? Disabled veterans returned home suffering the emotional and physical near-paralysis of what would now be called PTSD. These men were unable to work, broken physically and mentally, and unable to function in life. Modern therapies seemed utterly useless to help them recover. Then, an amazing thing happened!

Hospitals in the UK began inviting musicians to come in and play for these patients, almost as a last resort, something akin to the brave musicians on the deck of the Titanic just before she went down. But the doctors and nurses observed such dramatic positive responses and results, that the practice of hiring musicians to come and play regularly became an essential and much valued therapy that achieved faster, more tangible, and more beneficial results than more conventional types of therapy! And, there’s more!

A 2011 study(1) published in the British Journal of Psychiatry outlined a Finnish medical team’s efforts to document the effects of music therapy on clinically depressed patients. Researchers studied a total of 79 patients between the ages of 18 and 50, diagnosed with depression. Of this group, 46 patients received standardized care, meaning a spattering of psychological and psychiatric counseling, and prescribed antidepressant medication.

The remaining 33 patients received the same methods of care, but in addition they received two hourly sessions of musical therapy per week for a total of 20 weeks. The professionally-led music sessions consisted of simple hand drumming, and improvisational expression. The research team evaluated both groups at baseline, after three months, and again at six months. 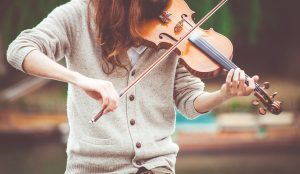 The astounding result? The patients receiving music therapy reported significant (3X) improvements in both their depression symptoms and their ability to function in life, when compared to the group of 46 who received no such additional therapy or benefits.

It would prove helpful to compare studies similar to the Finnish one, contrasting results using medication vs. not using medication. There have been numerous of these over the years that perhaps received less attention than was hoped for. But nevertheless, the above conclusions still serve up tangible hope for those seeking effective alternative treatments for depression, anxiety and other conditions that seem to plague an ever-increasing number of persons.

It would also be enlightening to see results of music therapy on patients seeking to recover from medication withdrawal, where a decision to discontinue antidepressant medication was desired, though not easy to endure. Often, coming off medication means a worsening of symptoms, and can lead to hopelessness, and relapsing conditions.

For instance, Zoloft withdrawal is renowned as one of the most difficult to endure for patients. Yet, SSRI’s are the most commonly prescribed for PTSD conditions. More research and help is definitely needed in the field of withdrawal management that assists a person to regain full health.

The Future Looks Bright for Beating Depression Without SSRI Drugs

Let us hope that in future, we can benefit from the brightest minds in the medical field, some of whom may have even been influenced by the amazing tomes of wisdom bequeathed to us from those long-gone philosophers of the Golden Age.

Even though Eva Augusta Vescelius, Socrates and Plato, and others, live not today, their memorialized works still allow us to savor their rare and sweet fruits. These treasures remain pure and unspoiled, and refreshingly pertinent in the modern world beset by chaos and disorder.

Perhaps it is too optimistic to declare we have finally moved beyond having to prove that effective alternatives to prescription medication exist. But at least we can begin to focus on utilizing drug-free treatments over a widening field of disciplines, especially those that have been proven to work.

I think innumerable compassionate women and men in the healing professions across the world would agree. 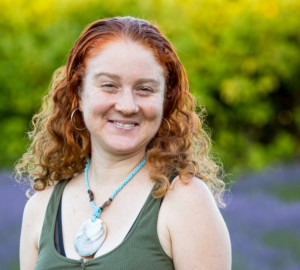