Here are some podcasts on psychiatric med withdrawal with Chaya Grossberg.

Not As Crazy as You Think podcast

Alternatives to Psychiatry: Healing from Mental Distress with Chaya Grossberg

In the episode, Alternatives to Psychiatry: Healing from Mental Distress with Chaya Grossberg (S2, E19), intuitive healer, author, and psych meds withdrawal counselor, Chaya  Grossberg joins the conversation and shares her personal story of dropping out of the psychiatric system and choosing a new way. Driven by her own disabling experience as a young person forced to take psych meds, she made it her life mission to help others. Unconvinced of psychiatry’s biomedical paradigm, she stopped taking the meds and became an impactful and well-known activist in the psychiatric survivor movement.

Gaining experience through organizations like the Freedom Center, which used alternative methods to treating mental distress such as peer support, she began consulting others searching for an alternative way. Her book,  Freedom From Psychiatric Drugs, is an invaluable resource that offers a wealth of support from nutritional and herbal remedies to creative strategies, as well as a workbook companion for journal writing through the process.

Out There on Valley Free Radio

The interview starts at 8:05 and talks about how I got into my work, what people go through coming off psych drugs, why people would want to come off, what I do when I work with people, and the history of the psychiatric survivor movement.

Magic of The Spheres

Chaya and Sabrina Monarch discuss diverging from the psychiatric world and from the identification with a diagnosis. Chaya Grossberg is a non-medical consultant to individuals and families seeking alternatives to psychiatric meds. She has been working professionally with people opting to come off of or find alternatives to psych drugs for 18 years and has consulted with state and private mental health organizations around the country. Her book, Freedom From Psychiatric Drugs, is available on Amazon and she blogs at Madinamerica.com as well as on her own site, chayagrossberg.com She lives in Western Massachusetts, where you can check out her frequent book talks.

is directed and produced by Emmy Award-winning film and television director Jesse Zook Mann, who became disabled due to the harsh side effects from an anti-anxiety medication. While searching for an effective intervention in his own health, he discovered a world of scientific advances from medical studies initially unfamiliar to his doctors. After years of dedicated research, he finally found life-saving treatments—now he’s ready to share his journey with others.

Chaya Grossberg is the author of Freedom From Psychiatric Drugs and is a health consultant for people withdrawing from psychiatric medications. Unfortunately many doctors do not understand how to get patients off psychiatric medication after they begin their prescription. Chaya supports her clients with ideas about holistic self care and support services to help them get through their drug tapers. Listen here.

An environment for ambitious entrepreneurs and business leaders aspiring to maximise their mental game. Learn how to protect your mental health, supercharge your resilience, and leverage your emotions (good and bad) to build and run the best possible business, no matter how big or small.

Recently Kate Ashley-Norman spoke with Chaya Grossberg, a consultant specialising in the treatment of people coming off psychiatric medication. Chaya’s own journey began with an extensive and damaging relationship with these drugs. Listen here.

Long time Freedom Center organizer Chaya Grossberg talks about her experiences with madness, medications, her explorations of spirituality, being a client at Windhorse Associates, and how her healing path has brought her to be a teacher of local yoga and writing classes.

Talk with Tenney: A Conversation with Chaya Grossberg: The art of the blog

Join us on April 15, 2015 from 9-11 PM Eastern for an exciting conversation with Chaya Grossberg about making our own media – the art of the blog! 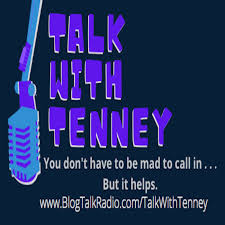 REBROADCAST (from 6/14/2015) Chaya Grossberg, Coach, Teacher, Speaker, Writer, & Intuitive Healer (ChayaGrossberg.com) tells host Sheryl Sitts (JourneyOfPossibilities.com) about how she helps clients who want to reduce or eliminate use of psychiatric medication to become their whole selves.  Learn surprising facts about school shootings, the current trend of drugging youth, and how medication suppresses trauma […]

Podcasts on psychiatric med withdrawal. This week, we talk to Chaya Grossberg. Chaya shares her own experiences of the psychiatric system and psychiatric drugs and also tells us how she now helps and supports those struggling to withdraw from their psychiatric medications.

Chaya promotes a naturopathic approach to supporting people with their health and well being.

In this episode we discuss: