James Moore, of the “Let’s Talk Withdrawal” podcast recently interviewed me on my experiences in the psychiatric system and the approaches I use for healing.

In this interview we discuss approaches that have worked both for myself and others as well as:

How I was in therapy from a relatively young age

Some good experiences of therapy as a child

At around 16 years old, the conversation turned to medications like Prozac

How, in the early 1990s, the drugs were seen as new and a real advance in the treatment for emotional distress or stress and trauma

That I was mistrustful of the medication initially

That I stopped the Prozac without too much difficulty

How later in college, I experienced a hospital admission and forced treatment with psychiatric drugs

I recall being on Risperdal, Prozac, Effexor, Buspar and Ativan as a cocktail

How I found that Risperdal, Effexor and Ativan were difficult to withdraw from 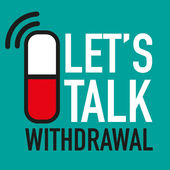 That psychiatric drugs are not treating biological abnormalities