Posted by Ben Ross on

Pulse: Writing Because Alive (A Vision)

Background of this Piece

This writing is in response to a conference call held by my friend Chaya Grossberg (“Blogging Class for The Silenced”), where she outlined her vision for how expressing our voices and putting them out there can both transform our lives and rewrite the story of our culture.

She invited everyone on the call to join a writing group I started on Facebook, called “Pulse: Writing Because Alive” (which I invite anyone who feels that writing is an essential aspect of their aliveness to join). She helpfully nudged me to write something expressing what I hope that group will be like, what my vision for it is, and this is what came out.

The Big Lie That Keeps Us Silent

Almost everything we were told our whole lives about writing and voice and expression is a lie. It’s a lie because we were told (in a million ways, often not explicit, but in the actual social structure of our schools, families, workplaces, etc.) that our lives are a big competition for limited resources – of belonging, of attention, and of the money, food, safety and meaning that are connected to them.

The lie is that the ones who are the loudest, or the most confident, or who dominate the conversation by taking up the talking space, or who dominate the classroom by taunting and belittling anyone who doesn’t perform according to artificial standards of normality that are the toxic atmosphere of so many schools, have authority to define who’s in and who’s out.  This authority includes defining who can take up the space, who’s deserving of attention, and who ultimately can have lives of safety and meaning. 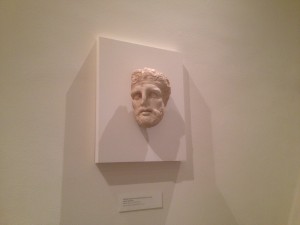 And the lie is also that the ones who aren’t “normal” enough therefore somehow deserve to have their voices dominated, to have no space to be who they really are and say what they really feel and believe.

In order to make the lie appear real, people on the margins are stigmatized by the family system, the educational system, the mental health system, the economic system, the criminal justice system, or the society itself, told in one way or another that their voice is not welcome, not valid, that their feelings are not real, and that their authenticity or their entire lives don’t belong, and are even somehow offensive because they challenge the fragile “normality” of the dominant culture.

And, it seems to me that none of this is anywhere near the actual, lived experience of what matters in life in the most ordinary, plain way.

We have a chance to point out the big lie through living our voices out loud, which is also being alive in a big and authentic and vibrantly present way.

And that starts in the gentlest way possible: with witnessing, with little nudges, with encouragement, with welcome. Just being people, as people actually are, which comes through when the training that turns us into little capitalists of our minds, hearts, souls, relationships and basic aliveness is healed, when it’s seen as unnecessary and destructive to the full life of our hearts, minds, bodies, and communities.

That’s the thing about aliveness: it doesn’t get less the more of us who get in on it (it seems to me, particularly in relation to the inspiration I feel after Chaya’s call about getting our voices out there, the energy of the vision she was presenting and the spirit I felt others were speaking in).

The more of us who are expressing ourselves openly, honestly, letting our hearts-and-minds shine in their vulnerable-and-powerful-at-once outpourings of our actual experience and our actual response to the conversation of our culture – the more people who do this, the more depth of expression and aliveness there is. 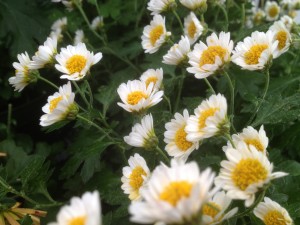 I believe this happens through witnessing. In a process of deeply listening to and welcoming someone into a conversation, I don’t grow smaller. My understanding of the world expands, as I hear others deeply and share what’s in me, seeing it with new eyes.

And in a deeper sense, my actual life expands. I loved that part of Chaya’s talk so much (among many things I loved) – how writing increases our actual value. I thought of how one way to see this is in the experience of a mutual, open, passionately-engaged and honest conversation. The more of us who share honestly in this conversation, the more we’ll all come away deeply inspired, energized and enlivened by having been there to participate.

I think the real currency we have the chance to develop is the currency of honesty, appreciation, voice, openness, creativity and connection (aka “aliveness”). This is what makes life good, because it’s what’s actually alive, as opposed to ideas of normality, which don’t have any actual existence outside of being narrow, lifeless stories.

There are many good things that I see come out of this aliveness, such as developing a thriving business, being deeply of service, gaining recognition and respect – basic, deeply nourishing needs that everyone shares. And the deepest reason I think they’re good and nourishing (as I heard Chaya express on the call) is because they’re an aspect of what happens when we’re authentic and when people are IN something together – a vision, a movement, a play bigger than any one actor.

I think the vision here, in forming a community of fellow writers (especially in this time when more voices are able to be heard through social media) is about creating a world that’s inclusive of everyone’s authentic beingness and voice, that welcomes everyone into the conversation. 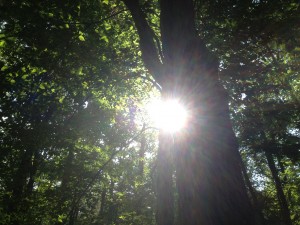 And the way we get there is gentleness, nurturance, protecting each others’ voices and basic right to express.

Authenticity Rather Than Performance

AND – this is the last point I want to make before I turn into listening and hopefully have the chance to hear others chime in – it’s REALLY IMPORTANT that we don’t have to do it perfectly. The old way is about performance.

Performance is someone standing in front of the class or sitting at the head of the table or citing from the DSM-IV or V or dressing a certain way or whatever form of inauthentic acting that gives people an aura of authority and grants them the privilege (supposedly) of being one of the few to have a voice while everyone else is expected to meekly submit to the awesome power of the Wizard of Oz.

But the people setting the rules turn out to be ordinary men (usually men) hiding in booths behind curtains, terrified of the exposure of their own vulnerable, wounded hearts.

Now we get a new chance to be our own authorities, to author our lives and a new story for our culture, at once, by actually being ourselves, by giving voice to the beauty of our wounded-and-loving hearts in their basic, alive connectedness and creativity.

And this openness thrives when we aren’t focused on how well someone performed according to some artificial standard that the Wizard passed down from his DSM-V-ish booth, or any writing teacher from their favorite technique or book of standards, or any other place of supposedly-privileged authority.

Based on the islands of safe writing experiences I’ve had in my life, it seems to me that when it’s not about performance, it’s about authenticity, and that’s what actually matters.  That someone brought their real heart. That we trust someone’s voice, trust where they’re coming from, feel them truly present in their words. 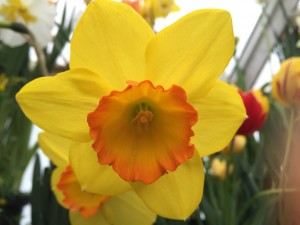 These are the people I want to be in conversation with: real, honest people (who are in touch with their compassion, which I think is the deepest form of honesty anyone can engage in, because it seems everyone actually deeply loves being compassionate and connected to each other when our own wounds are held in kindness and acceptance).

And so the person new to writing or expressing themselves, or reaching a new depth of writing and expression, can bring the most energy to the conversation, because in discovering their voice, uncovering who they are, we all get to see the joy of that moment of discovery, and rediscover for ourselves how good it is to create, to be in the conversation, to be ourselves.

We have this deep, invaluable opportunity to encourage and witness each other, to appreciate new life emerging, shed false narratives, and write life-giving stories through a process of sharing, of welcome, of more-than-enough space and presence, aliveness, safety and belonging for everyone.

Enough from me. Tell me a story, and make it one that you really believe in, that has as much of your heart and reality in it as you feel safe sharing, to keep this alive, creative arising moving out, and around, and within us.

Ben Ross is a person who lives in Western Massachusetts, where he practices getting out of his own way so he can clearly hear people as the love they already are, share with them in the deep goodness of life in all its vulnerability and struggle, and be as outrageously sensitive and creative as life wants him to be. He graduated from Naropa University with a Master of Arts in Contemplative Psychotherapy and works as a therapist in community mental health. 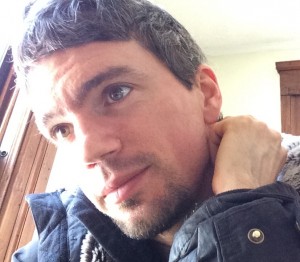